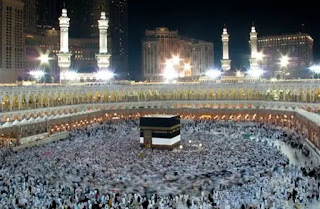 The Saudi Arabian Government says it will refund Umrah fees and service charges of pilgrims and visitors to the Prophet’s Mosque, whose travel was affected following the Kingdom’s temporary suspension of their entry into the Kingdom over Coronavirus fears. The country’s Ministry of Hajj and Umrah, in a statement yesterday, said there was an electronic mechanism to request the refund of visa fees and service charges through Umrah agents in the respective countries they intended to set out their pilgrimage from.

Saudi Arabia had temporarily suspended entry into the Kingdom for those coming for Umrah and visiting the Prophet’s Mosque in Madinah. The Kingdom had also suspended the entry of tourist visa holders coming from countries where Coronavirus is spreading fast. The announcement was also followed by the temporary suspension of entry of citizens from the Gulf Cooperation Council countries to the holy cities of Makkah and Madinah.

BOMBSHELL : PASTOR ADEBOYE REVEALS THOSE THAT WILL DIE OF #COVID-19