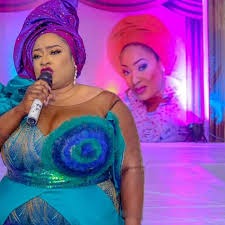 It is no longer a news that Lagos state is partially shut down and that the Lagos state government has ordered that all shops and markets should be closed due to the current outbreak of COVID19 (Corona virus).

As I was trekking and sweating profusely, then a thought came to me “Goodness! hope rapture has not happened shaa?” . Immediately I stopped and I noticed that only few people were on the streets.

The Lagos I use to know to be so busy, that you had to struggle to find your way in places like Oshodi, Eko Idumota e.t.c. is now having few people on the street.

At first I was like “Abi Rapture don happen ni? Am I dreaming or is this a reality?”

As I was asking myself series of questions, I saw some policemen attached to the Lagos state task force, destroying properties of some stubborn traders who were sneaking to sell goods and they were forcing them to obey the Government’s directives.

When I saw what the policemen were doing, my mind went to the role that Anti Christ will be playing after the rapture.

As I continued in my journey, I needed to enter a bank to perform some transactions, I was about entering the bank when I noticed a security guard held me back, asking if I had sanitized my hands. When I told him I haven’t, he ‘bounced’ me out of the door and I was directed to the point where hand sanitizer was placed. As I applied the sanitizer on my palm, then I remembered what the scripture said about the mark of the beast (666). It got dawn on me that as I was not allowed to enter the Bank because I haven’t sanitized my hand is the same way people won’t be able to transact except they receive the mark “666”.

After I sanitized my hand, the security guard smiled at me and became more friendly with me. I was welcomed back to the door and I entered into the bank.

Beloved, all we are experiencing now is a glimpse of what will happen after rapture.

It will be a disaster if anyone miss the rapture.

COVID19 will soon go but what if Rapture take place now, will you be rapturable? Remember that the rapture will not take place twice, it is once.

It is only those who have identified with Christ that will be rapturable.

Have you given your life to Christ?

Its not about going to Church or been a worker in Church, heaven knows those who have truly accepted Christ.

Today is the day of Salvation, don’t procrastinate.

All over the world people are afraid of contracting COVID 19 and they are buying face masks, sanitizers and also been careful but the question is, ARE WE NOT ALSO AFRAID OF MISSING HEAVEN OR RAPTURE WHEN IT TAKES PLACE?

IF YOU MISS HEAVEN, YOU WILL NOT MISS HELL

Lifestyle: The Urge to Visit Bathroom During Sex

Eid-el-Fitr: Obasa puts smiles on the faces of Agege residents